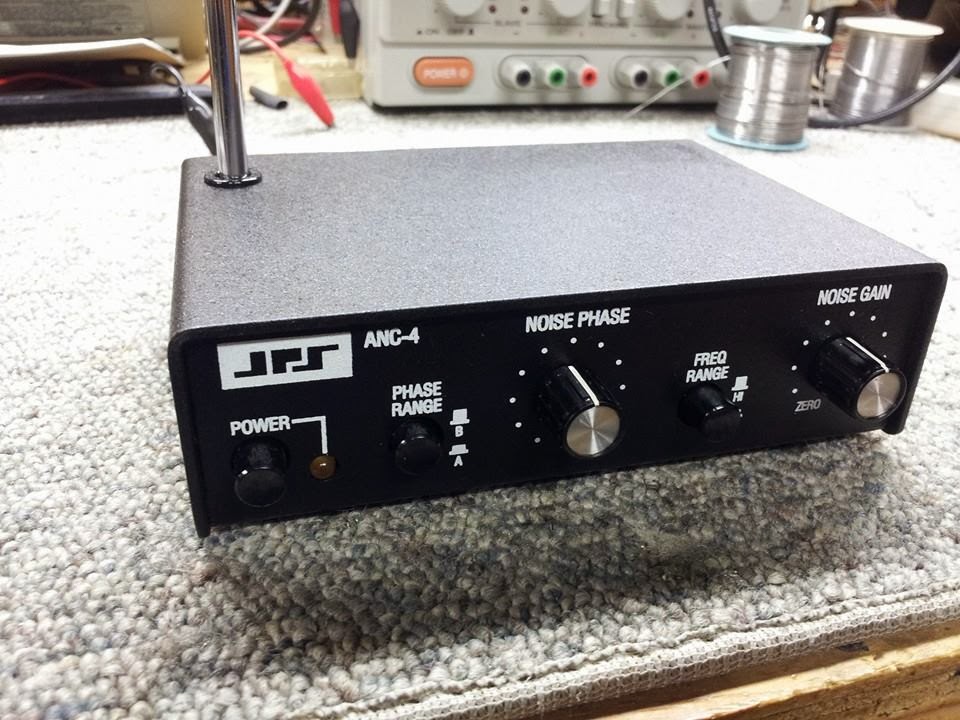 My XYL, Debbie AC4QD, bought this for me as a gift back around the early 90's...don't remember when, exactly. It came from Bill K4BWC (now SK) at Omega Electronics, and was a huge help at our apartment ham shack. We were plagued by all sorts of locally generated noises and interference, and this thing did the trick!

We bought our home in Youngsville in '93, moved , and set up the ham shack at our new location. All was well until a big lightning strike in '97 that destroyed nearly every piece of gear we had, including the little JPS ANC-4. I repaired most everything, but this one got tossed on the shelf in the workshop, unrepaired. Time moved along. Our new location was much better and very few noises bothered us. Every now and then I'd think about it when spurs from the wide screen TV or laptop would bug me. 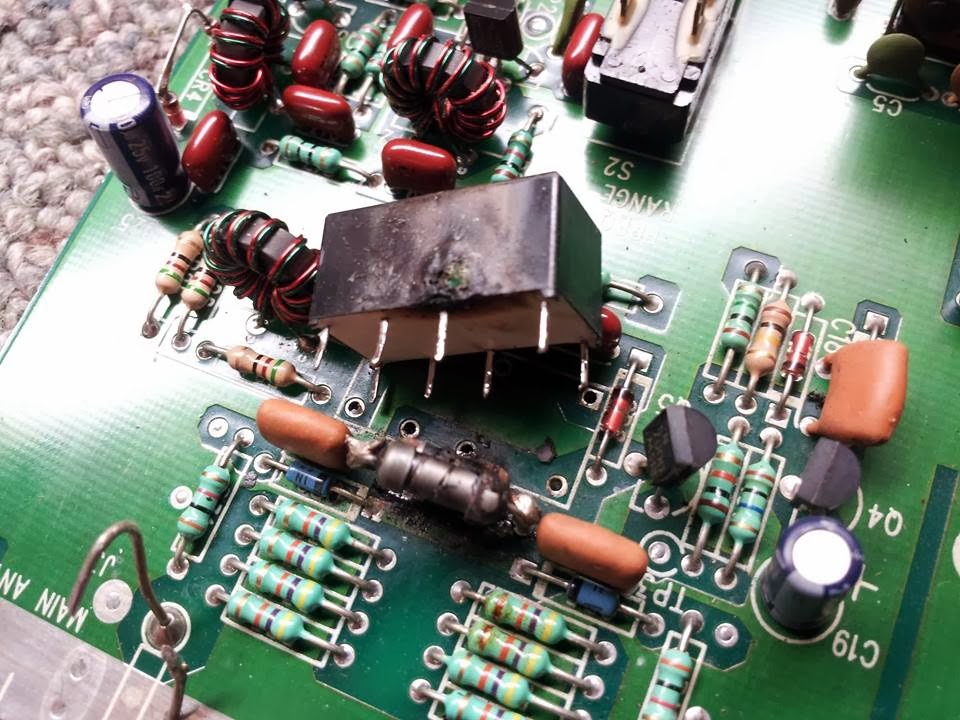 Recently, I decided to pull it down off the shelf and revisit repairs to it. The damage looked worse than it really was... a melted & destroyed relay, a flamed out pair of 100 ohm resistors, some minor curcuit board damage, and a pair of blown 2N7000 FETs in the rf sensing circuit. All parts were less than $5 from Mouser Electronics.

I ordered up the parts, made repairs, and it's back in it's rightful place in Studio A, fighting away spurs from the TV and looking good. I had forgotten what a neat accessory this is. JPS has long since gone out of business, and TimeWave picked this unit up and produced it for a number of years. The TimeWave circuit is basically the same, with only a couple of improvements over the original JPS design. The parts layout on the PC board are the same, even the cabinet is the same. I see these on the ham radio swap forums for $75-$125, and it seems that all parts are still available for repairs. 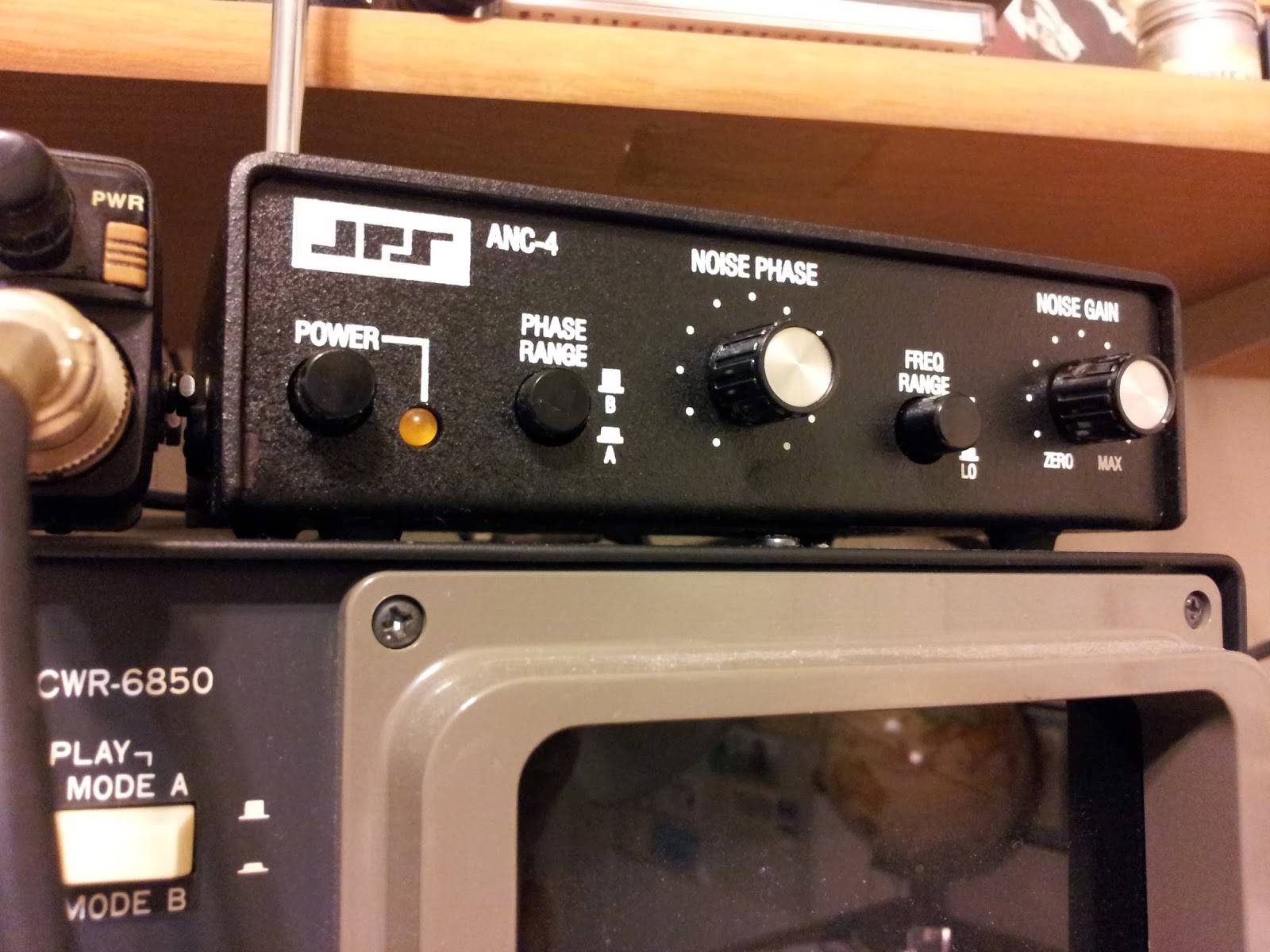 If you live in a location with locally generated noises and interference that hamper your HF/6 meter  operations, this is a good solution. It uses a built in telescopic whip antenna for noise reception, and has a port on the back for an external antenna if your noise is coming from a source that's not physically in or near  the shack. It samples the primary antenna and the noise antenna, and uses a phase cancellation method to eliminate the unwanted signal. I can even hear signals that were previously below the interfering signals.

When you see these at the swap meets or online, remember that it's a great accessory for your shack, and works quite well at removing those aggravating spurs and extraneous signals that most all of us deal with from time to time. I'm happy that mine is finally back up and running, though it took me 17 years to 'get around to it'  :-)