I bought my IC-756 back around '95. It has been a great radio, except that the display began to fail a few years ago and Icom would not support it. They came out with the Pro-series 756's, and had no displays for the repair of the $2500+ radio I bought in '95. 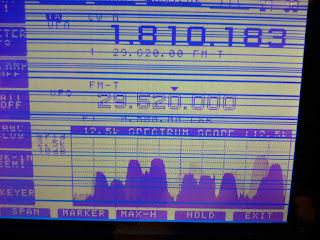 I continued to put up with the problem, and it continued to get worse and worse...to the point where I could almost not read the display and had to rely on HRD and a CI-V interface to read some functions and frequency on the computer in the shack.

In recent years, a ham Richard Rosenberger PA7FA in the Netherlands designed a replacement display for it. You can see his display kit at http://www.pa7fa.nl 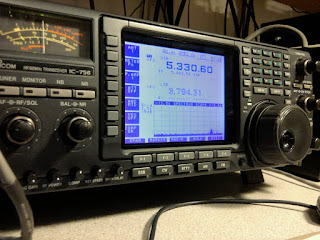 I was about to send the front of my rig to him to have his new display kit installed (I couldn't possibly handle all the SMD soldering and such), when I got a message from Bob wa8ulw stating that he had an old 756 that had been struck by lightning and that it had a good display. Wow...was I ever relieved to hear this!

Bob and I worked the deal, the faceplate assembly from his 756 arrived at my doorsteps this morning, and it's already on the rig and looking good as new. While I was doing the work, I modified the 756 to add the use of the 60m ham band to it's range of transmit frequencies. 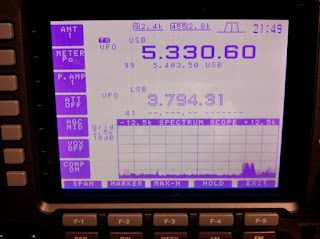 Check out the before and after pics, including the little SMD jumper I had to remove to allow transmission on the 60m band...

BEWARE...this isn't all you need to do to operate 60m on this rig. The bandpass filters don't operate correctly on 60m and will reflect a good bit of power back to the PA...could cause damage it you operate there much. I did a bit of work to fix that, see this info in my blog at: 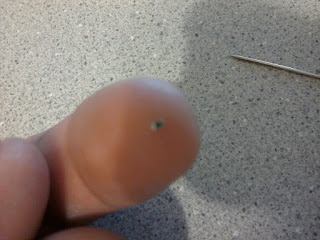