I recently had a near lightning strike that damaged a bit of my gear....again. I'm very careful to disconnect my amateur radio gear from the incoming antennas when not in use. This habit came from various damages over the years from electrical storms. I was surprised to have this damage, considering all antennas were disconnected, all equipment is on surge protectors and UPS units, and nothing was turned "on".

On August 19th, we had a near strike. I didn't think much about it, since everything was disconnected and not operating. The next day, I discovered my Buxcom Rascal and the USB-to-Serial adapter between the computer and my Rascal were damaged. I cracked open my Buxcom and had a look... 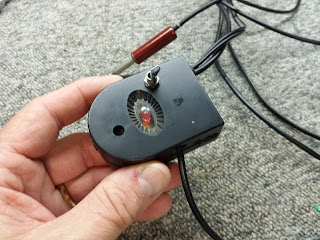 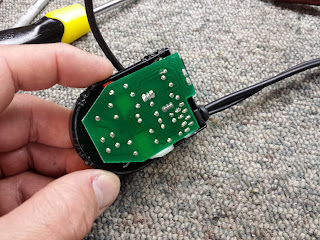 I did a bit of poking around, and first discovered D1 & D2 in the Buxcom were shorted. They're an easy replacement, and are basically a IN914 style general purpose diode... 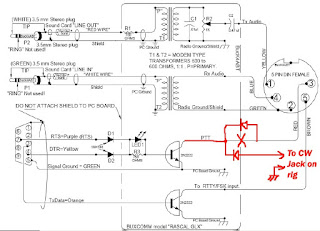 After I replaced the diodes, I found that the USB-to-Serial converter dongle was also bad, and wouldn't show up as an operational port on the PC. Whew...this lightning stuff is nuts. Here's the Dynex DX-UBD89 I was using. I replaced it with a new unit from Radio Shack and all was well. It seems I need to disconnect that from the computer as well as the Buxcom Rascal when not in use. 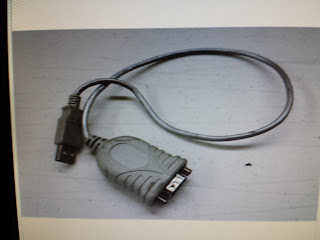 I think the near strike induced a voltage in the ground system for my shack and caused this. I have now bonded the Studio A ground system to the tower grounds to help prevent a voltage gradient between the tower and equipment...hopefully that will help. Thanks to Bob Richards for that tip!