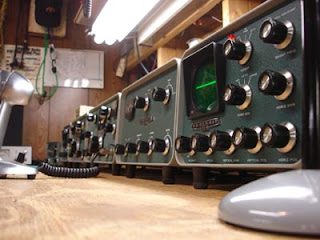 I got my first taste of 2m SSB back in 1991 when Dave Wood W4EJ (then WB4KPD) demonstrated his 2m SSB station to me and I saw all the contacts he made on that band/mode. I looked around for something to fit my tight budget and get me on the air, and finally did so on June 14, 1992. My wife and I lived in an apartment in Wilson NC, and we were allowed to install a small tower there. I was using an old Heathkit SB-500 2m Transverter with my Heathkit SB-301 rx & SB-401 tx. It cranked out about 100 watts, and the receiver was fair to "so-so". The antenna I used was a Cushcraft 17B3 up about 50 feet, fed with a chunk of 9913 coax. It worked well, and I was very surprised at how many people were on that band/mode combo. I made contacts all up and down the east coast, and half-way out across the midwest. I had a blast, and was fairly active on 2m SSB until around June of 1993, when we bought a new home and moved. 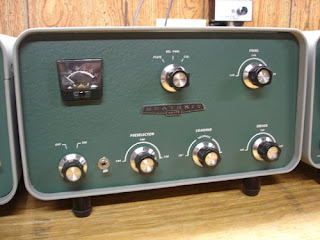 Time marched on...I put up a somewhat larger tower at my new QTH, but didn't get around to putting up my 2m SSB antenna and getting back on 2m SSB until January 19th, 2008. WOW... I didn't realize how long I had been off the air, until I thought about it a bit. Once back on, I heard almost no one. I thought perhaps I had a feedline or antenna problem, or some issue with my transverter due to having been off the air so long. I did feedline loss tests, checked my gear our for rx sensitivity in the workshop, etc..but all seem OK. My antenna was now at about 117', about 67 feet higher than before. My QTH was in a much better location...now at 375' above sea level, whereas the old QTH was only about 100' asl. 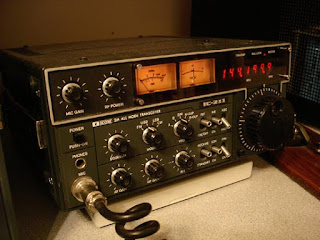 I continued to listen constantly, call CQ on a regular basis, work the contests, etc. I worked stations from time to time, and worked some good ones many states away. I finally came to realize that there simply aren't as many people on the air on 2m SSB as there were in the early 90's. I've worked many people on 6m and HF, and have asked about their 2m SSB capability. Many reported things like "I took down the antennas because there weren't enough people on to talk to", "I haven't turned the rig on in years", "I never hear anyone on", etc. I've established that there are many, many hams out there with the equipment and antennas that simply don't switch them on.

What prompted me to write this? It came to me this morning, after working the only person I've heard on today, and listening to him call CQW for the last hour with no other responses. 2 points I felt were important to remember were:

1- If no one turns on their rigs, there will be no one to make contact with.

2- The band is quiet in most cases...turn your rig on, set the squelch lightly (if your rig has an all-mode squelch, mine doesn't), or turn the volume down low. You'll be able to hear when those lonesome ops are calling, and start making contacts again on 2m SSB!

Lastly, try to get on a make a few contacts in the sprints and contests. It's a great time to find activity at it's highest, and the activity is much appreciated by all ops. Get back on 2m SSB and let's QSO!!

One note... It's not expensive. I "upgraded" from my 60's vintage Heathkit transverter to a late 70's vintage Icom IC-211 & Vocom amp that gives me about 50 watts output from an all solid-state station with a good receiver. I know, it's still old stuff, but I got the entire station for $100 and I work everything I hear anyone else work...maybe not as good, maybe I have to call a few more times due to my weaker signal, but it still gets the job done (on the cheap!)