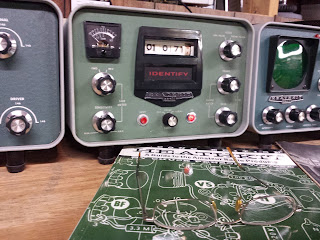 This is an old Heathkit SB-630 Station Console I picked up at a swap meet some 20+ years ago. I bought it without a cabinet as a parts unit, with the intentions of buying a console in better condition later. I took it home and tossed it up on the shelf in the workshop. It was in pretty rough shape, and the story of it's life had something to do with a shipping experience that went horribly wrong.

The years passed by, and I kept looking at it... In recent years, I decided "what the heck", and thought I'd take a crack at resurrecting it from the scrapyard. I would take it down and tinker a few minutes here and there, bag the parts up, and putit back on the shelf. After looking over the unit a bit, I discovered there was as much bodywork to do, as there was electrical repairs needed. Most everything was there, but it was really bent and beat up. I couldn't believe the plastic bezel in the front wasn't broken... 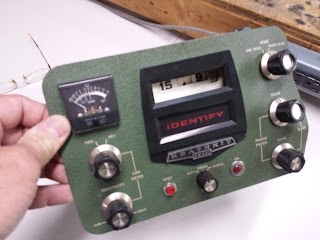 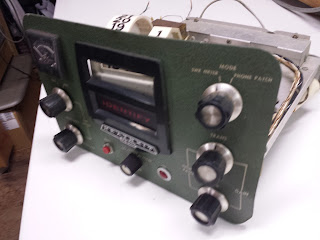 The clock unit was broken away from the chassis, and had seized up over the years. The mounting bolts were sheared right off the bottom of the clock assembly. 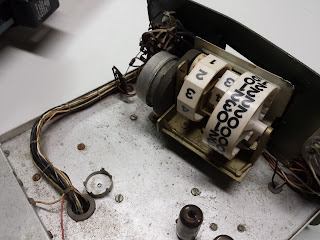 I removed all of the knobs, the front panel, the clock assembly, and began working to straighten things up a bit. 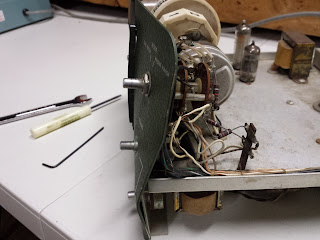 After a little bit of light machine oil, I connected the clock motor to a 115 vac line cord, and it fired right up.  All of the numbers were intact on the clock dials, and the motor ran quietly. 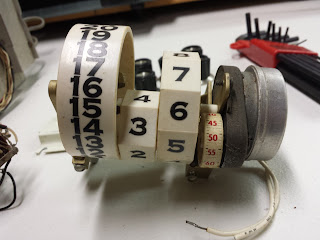 I found lots of broken wires on the rotary switches and under the  chassis. 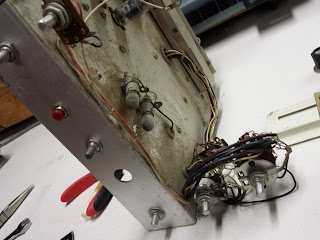 I removed everything from the panel, and began working the front panel with a rubber mallet and thick shop towel. 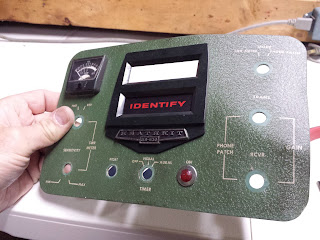 The front panel was pretty nasty, but it was more important that I be able to straighten the front panel. It's aluminum, so I found it malleable and pretty easy to work with. 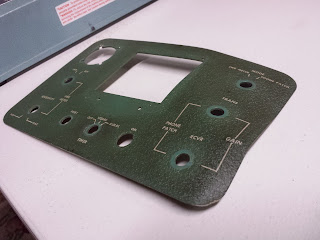 The SWR meter and plastic parts cleaned up pretty well. 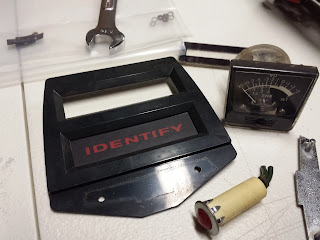 I let the front panel soak in the sink with some Dawn dish washing detergent a while. Heathkit panels are always a challenge to clean without damaging the lettering and such, and a gentile washing is about the best one can do. 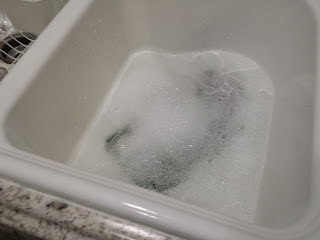 Wow, here's the front panel, all clean and relatively straight! 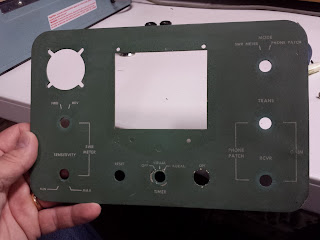 A quick mockup with the knobs, after cleaning and washing those as well. 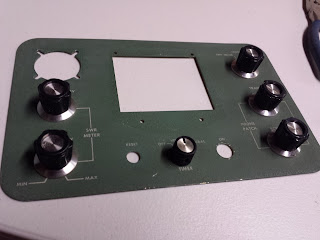 Beginning to reassemble the front panel... 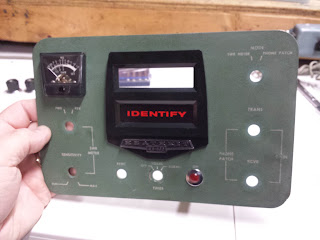 I got the clock remounted on the chassis, rewired, and the white front sub-panel straightened and installed... 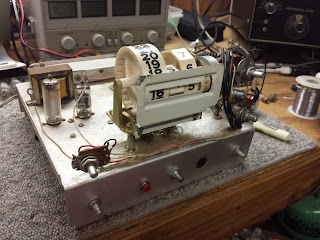 Wow, it's hard to believe this is the same SB-630 I started with. I didn't try to make it look like new, but I never do that with my Heathkit stuff... I'd rather clean, repair, and operate it with the character it earned over all of the years of it's operation. 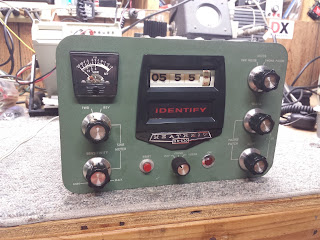 Locating and repairing all of the various broken circuits. The timer function works pretty well, much to my surprise. 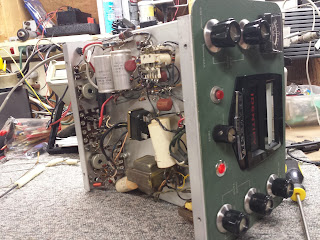 The SWR bridge has some parts rattling around inside. I removed the cover, straightened the sheet metal, and removed a stray nut and washer that was inside that had worked free from one of the coax connectors. 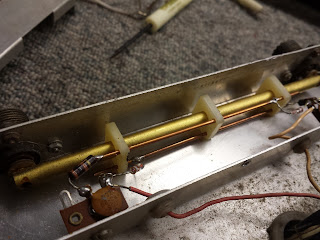 Here she is, installed in a cabinet I had picked up somewhere over the years and saved. Many of the Heathkit accessories use the same cabinet as the SB-600 Speaker. 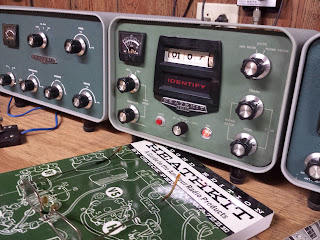 The SB-630 is now installed in my SB-series station lineup. Notice the variation in the green face plate colors from unit to unit. There were about as many colors of these old green Heath units, as there were units produced. Heathkit was well known for it's variation in face colors and reported that it was due to the number of contractors it used over the years for production of their sheet metal components. This station is a lot of fun to operate, and gets regular use out in Studio B. 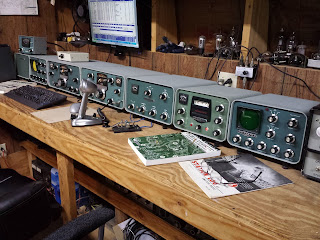